Anthony was born in Lisbon, Portugal, in 1195 and from an early age wished to become a missionary. He joined the Franciscan order in 1220 and was sent to Morocco, but ill health forced his return to Europe. In order to attend a general chapter of the Franciscans, he visited Assisi in 1221, when Francis was still alive. 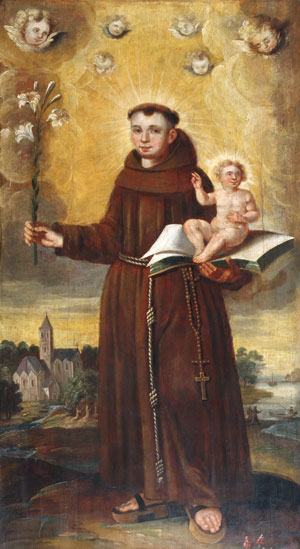 He then taught theology in Italy and travelled throughout France, and later Italy again, preaching (he was the foremost preacher in his day) and furthering the work of his order. He died near Padua in 1231. Here the Basilica del Santo was built to house his relics, and this remains an important pilgrimage site today. Anthony was canonized only eleven months after his death, the fastest canonization in Church history. For his learning and rhetorical gifts, he was in 1946 proclaimed a Doctor of the Church.

Several legends are associated with Anthony, some resembling legends about Francis. One story has him preaching so eloquently on the beach at Rimini, in Italy, that the fish stick their heads out of the sea to hear him. Statues of Anthony as a young Franciscan holding a lily (of purity) and also the infant Jesus (sometimes sitting on a book) are common in churches throughout the world. This portrayal refers to an occasion when a fellow friar believed he saw the child Jesus in the saints’ presence. A nineteenth-century charity, St. Anthony’s Bread, dedicated to feeding the poor, is still active today, particularly in the Third World. Hence, the saint is sometimes shown distributing bread.

Anthony is popularly invoked for the recovery of lost articles – a tradition deriving from a story that a novice, having borrowed his prayer book without permission, had a frightening vision and so returned it immediately.

Prayer for Something Lost

Prayer to Saint Anthony of Padua

O’ Holy Saint Anthony, gentlest of Saints, your love for God and charity for His creatures made you worthy, when on earth, to possess miraculous powers. Miracles waited on your word, which you were ever ready to speak for those in trouble or anxiety. Encouraged by this thought, I implore of you to obtain for me (inset your request). The answer to my prayer may require a miracle; even so, you are the Saint of Miracles. O ’gentle and loving Saint Anthony, whose heart was ever full of human sympathy, whisper my petition into the ears of the Sweet Infant Jesus, who loved to be folded in your arms; and the gratitude of my heart will ever be yours. Amen. 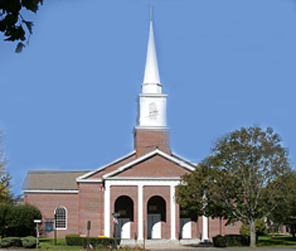